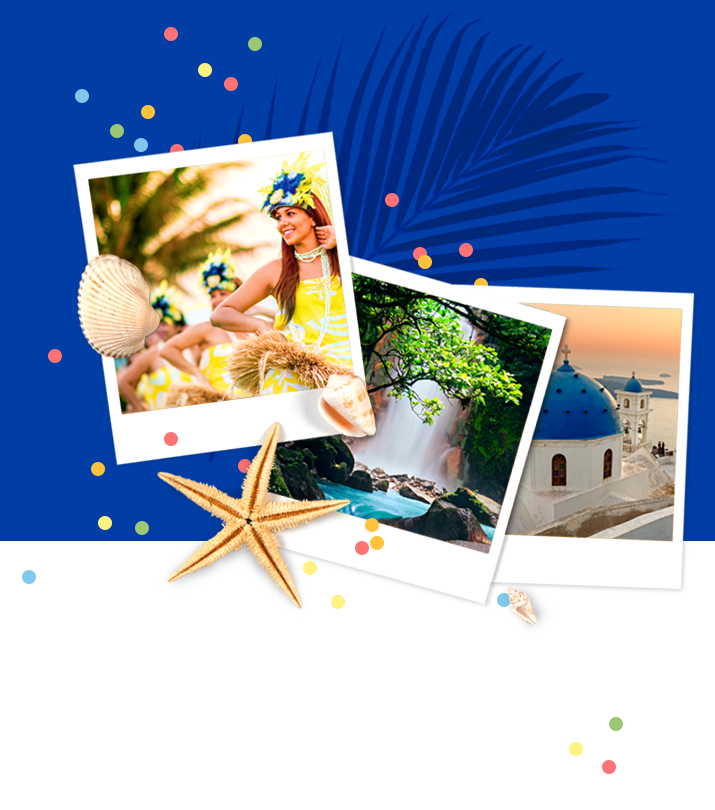 Congratulations to our
big winner!

Barbara Waldrop of American-Amicable Life in Waco is the big winner of a vacation valued at $7,500. Her story received the most votes.
Bon voyage Barbara!

Here is the winning story

Our Claim Department callers are often upset, having lost loved ones. But one young woman calling to report the death of her fiancé was devastated.

I wished there was something I could do to cheer her up. I talked to her a couple of times, each time the same sadness in her voice. The last time she called I told her we'd mail the cheque the next day. She said “I'll get it in a month or two then”. I was startled and blurted out “It's not like we tape the cheque to the back of a turtle and toss him out the window and say ‘Go Skippy, go find Susie in North Carolina’” Susie laughed, so I went on... “we'll put a stamp on Skippy's back and toss him in a mailbox. He'll be there in three or four days”. Susie's mom called me a few days later. She said Susie had told everyone about the little turtle who was bringing her cheque to her and laughed every time she re-told the story. Her mom was calling just to thank me for giving her daughter her smile back.

When iA gave me a new home

Like many of us in the company, I was not born in Canada. When I arrived in Vancouver, I had no more than a backpack and the positive belief that lots of opportunities were awaiting.

I spent my summer going from one short-term sublet to another, waiting for my boyfriend to join me. We found our own apartment a couple of weeks after his arrival and turned it into a loving nest. Unfortunately, on New Year's Eve, when everyone was celebrating, our apartment burned down. Standing in the street in the middle of the night, I felt terribly lonely, far from my family and friends. I wondered how we were going to overcome this tragedy when all we had been able to save were our passports. I didn't know how incredible iA's employees, or should I say the iA family, were about to be. When they heard about the event, they felt concerned and decided to help. They raised money, donated furniture, equipment. In no time we were back on our feet, with a new apartment, and this was possible only thanks to them! iA can be proud of its values as every employee shares them at heart.
Merci iA.

How well do you know Yvon Charest?

I remember it well, it was 1998-1999 and I had been working customer service at the Sherbrooke agency for two-three years. Johnny Roy was the BM at that time.

The Monday morning during the President’s contest, the administrative staff would dress up depending on the Contest’s theme to add a bit of ambiance and encourage the advisors during the agency meeting. Usually, I worked hard on my costume but that Monday, we were dressed as nuns. And surprise! We were told that Yvon Charest would be coming in to introduce himself. It was back when he first became president and was touring all the agencies to introduce himself to the staff. To be sure that we didn’t disturb him (we hardly knew him back then), my supervisor advised Mr. Charest that we would be dressed as nuns. And the good sport that he is (or maybe to make us more comfortable), he came in to the agency…dressed as the pope! (I have pictures). We met a friendly man who is not afraid of ridicule!

Big ears, but not on the elephant.

Years ago, when my daughter was just three or four years old, I brought her for a visit to see iA, the place I explained I would go to daily to make money.

She entered the office, wide-eyed, and the first thing she wanted to see was... the room where we made all the money! But that was not the funniest thing that happened that day. I had the opportunity to introduce her to my boss at the time, Michael Marmoreo. Michael was very tall. He towered over my little girl, hands on hips, looking down at her. She stood facing him, looking way up, saying nothing. Finally, she looked sideways at me and whispered “Mommy, why does he have such big ears???” Well I could have just fainted then, my face going instantly red. Michael had the funniest response I still laugh at today. He said “Well that's because I have to listen to your mother all day!” I still love telling this story. Michael was great, and valued family, as does iA Financial Group as a company. I always appreciated that.

The start of a long journey with iA

Thirteen years ago, I was looking for a job. I was in the Metro after a long day of interviews, and I was feeling desperate.

I was talking to a woman who was seated beside me and I said “It’s not even funny, companies don’t want to hire little old women over 40 like me”. At that point, a woman sitting in front of me said “I wasn’t trying to listen in on your conversation, but I just wanted to say that the company I work for hires ‘little old ladies’”. I started laughing and while speaking with her, she gave me iA’s contact information and three weeks later, I began my journey with iA. The moral of the story is that I was in the right place at the right time with the right person in front of me.

Ever since Zoom has been posting pictures of Angus globetrotting, I have had fun having him at my side when I travel.

I don’t even know the number of times I have explained who Angus is and why he’s with me on my travels. Angus has a way of attracting attention and making people talk. People smile at the wacky pictures I take of Angus. Some adults look at me funny and think Angus is my stuffed childhood toy while others smile and offer to help.

Angus has almost had a few spectacular falls, as he likes to take chances when he travels and is game to take the best picture. He’s been thrown around by waves and wind but each and every time, he holds the pose and gets the best picture in spectacular locations; Angus loves to discover new places. He is now an integral item in my luggage. I never leave home without him and we’re always ready to go. Until our next adventure!

You and me have got a bad romance.

One morning, I was walking into work, listening to music. I was wearing earphones, and had the volume turned relatively high.

This particular morning, I was listening to Lady Gaga (don't ask me why). I was 'feeling it', so the plan was to keep listening until I reached my desk. I walked into my lobby, and sprinted for a door-closing elevator, which was almost full. Inside were a few colleagues. I think they said hello, but I couldn't hear them, on account of the music pumping through my earphones. I didn't want to be rude, but for some reason, wasn't confident that 'hello, good morning' was an appropriate enough response. Instead, I sang/shouted back 'I WANT YOUR LOVIN AND I WANT YOUR REVENGE, YOU AND ME COULD WRITE A BAD ROMANCE', in perfect harmony with the song I had going. The elevator burst into laughter. I couldn't hear the laughter, but could see it. I turned around to push our floor number, and standing right behind me, blocking the panel, was our CEO, who was also laughing, thank God.

I'm not sure if this story has a moral. Working at iA keeps glide in your stride?

Three generations…and maybe even a fourth

I am the third generation of the Dompierre family to work at iA.

My grandmother is extremely proud! I grew up surrounded by the iA logo, in its various incarnations, on different promotional items. I still have cards featuring the “temple”. My daughter is dying with envy to come work with me…even after the disappointment of learning that I don’t work with real elephants! Who knows…maybe she’ll be the fourth generation!

I have been retired since March 1 of this year, after 26 years of service with this great company. Throughout my career, I had the opportunity to meet quite a few people, including a boss whom I worked with in the early 2000s.

This person would often travel to the agencies and would joke that I would have to put up wanted posters to locate him. I took the joke one step further, and printed his picture and put them on milk cartons, saying that the person has been missing for several weeks and to contact me if seen. I then placed the milk cartons around the office, with the collaboration of several co-workers. My boss was surprised when he saw the milk cartons with his face on them! He thought it was funny and even kept some of the milk cartons when he retired.

This anecdote has made many people in the department smile and just goes to show how a little bit of silliness can brighten up people’s day.

IA employee helped save my life...

In 2007, I had opened a restaurant using all the savings I owned. It was a bistro/café. I worked seven days a week, 16-18 hours a day operating it.

Eighty percent of my clients were small businesses and their employees in the nearby area. Within eight months of opening, the market crashed. The majority of my clients stopped eating at the restaurant because they were cutting costs. I was left with $30,000 of debt at 23 years old. I was an emotional wreck, I had spent the last two years of my life working only to find myself in debt and with no idea what I was going to do with my future. An iA employee named Sam, whom I had met a couple of years earlier, took me under his wing. He helped me get through that tough time and even helped me find a job. He helped train me from square one and positioned me to succeed. Sam's guidance got my finances on track, helped me get out of debt and most importantly introduced me to iA Financial Group, where I've now been working for several years.

All employees and retirees of iA Financial Group and its subsidiaries had the chance to enter to win an incredible trip! All they had to do is tell us their story or anecdote related to iA Financial Group. Many of you entered. Thanks.

Head out for adventure in Hawaii!

Fly away with the person of your choice for an amazing 10-day vacation to Honolulu and Maui.

Fly away with the person of your choice for an 11-day cruise aboard the Celebrity Reflection.

Life to the max in Costa Rica!

Fly away with the person of your choice for an unforgettable 7-night stay in Costa Rica.